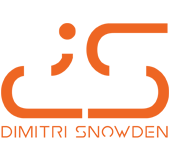 who is dimitri snowden® and what exactly does he do?

ontology – a set of concepts that explore the properties and relationships between things, how they become and how they exist.

architect – a person who designs and builds shit.

ontology is my way of actualizing the human imagination, intersecting design with human consciousness and co-actively authoring “mindware” into this reality.

more simply: i’m a proud husband, honored father, autodidact, inventor and ontological architect. i design experiences that will influence how you interact with the world around you. my messes have become my messages and those messages are fueling a journey of relentless ambition and pursuit.

i’ve blended my studies of automation technologies, customer anthropology and digital content into this “box” i call an ontological architect™

dimitri snowden® is an ontological architect™

dimitri designs brilliant experiences based on a fusion of technology, customer anthropology and digital content.

human beings are moved by emotional and physical stimuli because humans are complex.

raised primarily on the east coast (boston), dimitri’s unique cultural upbringing resulted in him never being “black enough” for the black people in his community and he certainly wasn’t “white enough” for white people given his appearance.

he didn’t fit into any of the racial or cultural boxes people were used to. dimitri stood out for his expansive vocabulary; often times being ridiculed for using “big words”, playing with legos and being a martial artist.

dimitri was either taking the long way to/from school or getting into 3 fights a week.

this cultural “purgatory” pushed dimitri to learn how to “adapt to the audience”, pushed him to physically defend himself as well as pushed him to become heavily introspective.  both highly educated and compassionate, his parents saw this and introduced young dimitri to the broader world around him by nurturing his creativity.

the fiscal adversity kept dimitri’s family on the move and very creative. never having much, he grew up with a heightened sense of possibility, imagination and problem-solving abilities. with a certified iq of 129, his insatiable curiosity revealed itself in enterprising ways. it wasn’t long before young dimitri, who was entrepreneurial-spirited, created several neighborhood businesses including grass-cutting and car washing.

during his 20s, dimitri dropped out of college because he couldn’t afford the tuition with just 6 months left.  he took a strong interest in quantum mechanics and noetic sciences which strangely led to him becoming a self-taught computer programmer.

once he started programming, he quickly observed the friction between humans and new/current technologies. to better understand the observable friction between human and technology, dimitri heavily studied customer anthropology. when dimitri blended his love for technology, noetic science and customer anthropology into the magic of creating human experiences.

dimitri’s life has been full of messes, tragedy, lessons and love.

for now, dimitri lives in los angeles with his wife and three children.

as dimitri continually refined his ability to create immersive experiences, he was able to foster valuable relationships and opportunities with many national and international brands like radio one, visa and general dynamics.

dimitri was able to use the brand equity from his resume and attract even more clients in the entertainment and commercial verticals.

dimitri has invented several new experience products and services. here are a few:

in 2017, dimitri and his family were approached by tlc / discovery channel to star in a reality tv show series titled ‘seeking sister wife‘.

‘seeking sister wife‘ chronicles the lives of polygynous families from different walks of life as they each move toward finding a sister wife, adding an additional sister wife or life just after a new sister wife arrives.

dimitri and his family have redefined the typical polygamous family template by being the first african american plural family featured on primetime tv.

‘seeking sister wife‘ has been successfully on air for 3 seasons.